Mobile phone manufacturers have increased the adoption of embedded touch modules used in smartphones, surpassing that of the more traditional add-on touch modules for the first time in 2016, according to the latest IHS Markit Touch Panel Market Tracker Report.

Shipments of embedded touch modules amounted to about 820 million units in 2016, accounting for more than 50% of the total mobile phone touch solutions. This is a critical milestone that indicates a remarkable change in both touch technology and the supply chain, giving touch panel makers the ability to lead the touch display market.

Panel makers and add-on touch module makers have competed for a long time. Apple had initially applied the add-on touch solution to its iPhone but since the iPhone 5 released in 2012, it has adopted the proprietary in-cell touch technology. Samsung Display also started massively supplying its on-cell touch active matrix organic light-emitting diode (AMOLED) display, called Super AMOLED, to Chinese smartphone brands since 2015, expanding its shipment share, to 20% in 2016 from 15% in 2015.

Panel makers are also increasing shares in the notebook PC touch display market in terms of shipments, from 9.4% in 2015 to 26% in 2016. New 2-in-1 PCs, which feature a touch screen for notebook and table PC functions for both casual and productive computing purposes, helped them gain more market share. Notebook PC brands are willing to adopt panel makers' embedded solutions to reduce thickness and weight of their products.

Rising embedded touch solutions on major IT and consumer electronics applications are changing the competitive landscape. Touch module makers are having to reset their relationship with panel makers from competitors to partners, and living up to their new roles. Many of add-on touch module makers actually turn to larger applications, such as all-in-one PCs, automotive and interactive whiteboard. Some tier-one makers are also searching for new revenue sources from the new fine assembly business, such as display module, cover glass bonding, and fingerprint module assembly. 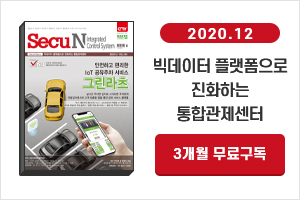