Global solar installations are forecast to grow 20 percent in 2016, reaching a new solar industry record of 70 gigawatts (GW). China, India and the United States will continue to lead growth in the coming year, according to IHS Inc. (NYSE: IHS), the leading global source of critical information and insight. IHS raised its 2016 forecast by 5 GW in the latest IHS PV Demand Market Tracker, due to acceleration in project development in Asia and the United States.

China will grow to nearly 20 GW of newly added capacity and India is also expected to nearly double its installations to more than 5 GW next year. After the glut of U.S. solar projects are completed in 2016, and with slowing growth in China and Japan, IHS now forecasts global solar PV demand will decline 10 percent year over year in 2017, falling to 63 GW.

“2016 is shaping up to be a record year for the solar industry, surpassing all previous benchmarks and creating huge opportunities and investment in this sector,” said Ash Sharma, senior director of solar research for IHS Technology. “The industry's success in 2016 could lead to its downfall in 2017, however, when the huge demand glut in the United States, and flattening growth in Asia, create a cliff-edge in 2017.”

By the end of this year, Asia will surpass Europe as the largest solar market, in terms of cumulative installed capacity. Asia will have 105 GW of installed capacity compared to 96 GW in Europe. Increasing support for solar in emerging markets and China, Japan and India has propelled this region to more than quadruple its solar capacity in just three years.

“This is the first time in 10 years that Europe has fallen behind Asia in terms of both newly added annual solar capacity, and its remaining title of cumulatively installed capacity,” said Ash Sharma, senior director of solar research for IHS Technology. “Waning market conditions in Europe, as policy and support is pared back, as well as anti-dumping tariffs against Chinese modules which has raised pricing, have exacerbated the decline of solar PV growth in Europe.”

PV component and system prices will adjust in the second half of 2016 and into 2017 as a result of the slowing demand, which will likely stimulate additional installation demand in a number of regions. In early 2016, IHS will issue additional analysis on how the supply chain will react to this potential decline and its effect on global demand versus this country-level bottom up analysis. 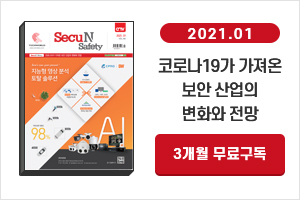